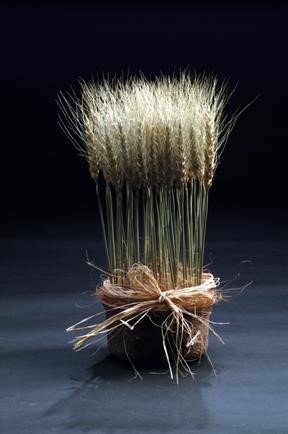 This guide aims to introduce library resources in support of research and study on many interdisciplinary aspects of Ukrainian studies, Russian studies, and other areas within the wider field of Slavic studies. Covering historical, literary, cultural, linguistic, and other humanities and social sciences resources within the collections of the University Library and beyond, this guide is a gateway to library use for students and researchers alike.  Users of the guide will find a range of relevant University Library and open access resources.  These include print materials from campus library locations including Murray Library, Shannon Library at Thomas More College, and University Archives & Special Collections, as well as materials accessible online—including books, articles, images, videos, and archival collections.  Finally, it is important to note that this guide is also the gateway to library research help, both remotely and on site in Murray Library; see the Research & Citation Assistance page for details! 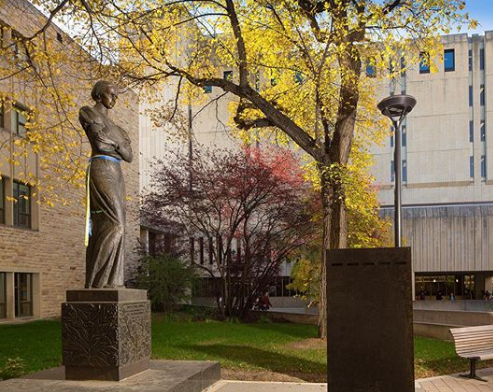 The Lesya Ukrainka Garden highlights an important part of the university’s history and of its connections to Saskatchewan’s Ukrainian and Slavic heritage.  The University Library has long collected materials in support of Slavic programs, with primary emphasis on Ukrainian, and secondarily on Russian, studies in support of the programs and heritage.  The first Ukrainian language courses were taught in the 1920s, the first Slavic history courses followed in the 1930s, and by 1945, the University of Saskatchewan became the home of the first Department of Slavic Studies in Canada.

​Lesya Ukrainka (1871-1913), pen name of Larysa Kosach-Kvitka, was one of Ukraine’s best-known poets and writers.  The celebrated Ukrainian poet made her mark on Ukrainian and world literature through her diverse writing talents. Her profound knowledge of world history and languages enabled her to write extensively across genres on a variety of subjects. Through her lyrical works and dramatic poems, she vividly developed the themes of patriotism, human dignity, and personal integrity. Her work is timeless in its powerful assertion of human rights and freedoms.

In 1976, this bronze statue of Lesya Ukrainka, created in Kyiv, Ukraine (then USSR) by sculptor Halyna Kal’chenko and architect Anatoliy Ihnashchenko, was unveiled on the University of Saskatchewan campus in its original location near the Arts Building, amid celebration and controversy.  Before acceptance by the University, both the Province of Saskatchewan and the City of Saskatoon declined the gift.  Commissioned by the Association for Cultural Relations with Ukrainians Abroad, at the time the statue was seen by some as Soviet propaganda designed to rehabilitate their international reputation tarnished, in part, by injustices perpetrated against the people of Ukraine.

In the 21st century, through a generous donation from the late Dr. Victor O. Buyniak, former Head of the Department of Slavic Studies, as well as through the support of alumni and the wider Ukrainian community, the statue was refurbished and moved to its present location.  It was unveiled there in a ceremony held on August 1, 2013—the centenary of the poet’s death.